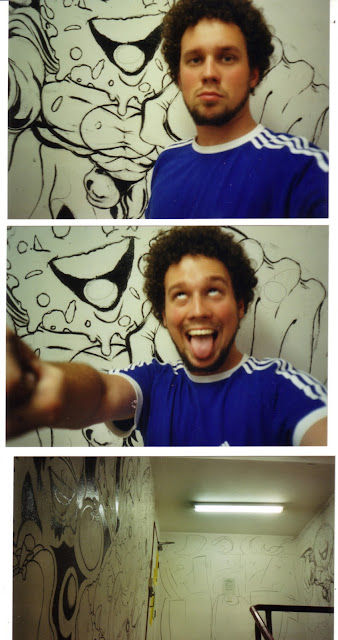 The original progress shots from my first mural piece I began work on in March of 2004, I'd won a contest held by the company (of which I was an employee at the time) and basically was paid my standard wage to do what I love. These photos where taken of by me on an old canon film camera to give an idea how much has changed in such a short time. The stairwell was cleaned, primed and I set to work with charcoal then enamel based paint. 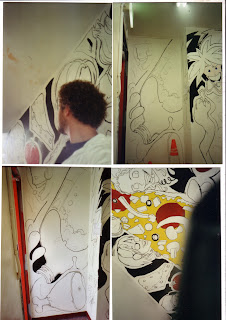 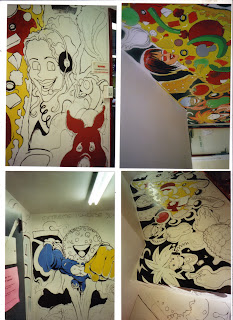 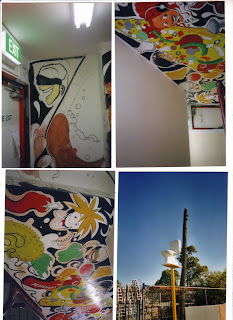 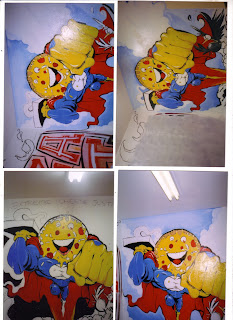