It's not everyday I do a free to play convention, but it was most definitely a nice change of pace compared to the massive scale cons I have artist alley tables at. Though held in a far smaller location, with a much shorter running time it was a nice day trip down to Wollongong with my fellow caricaturist collaborator and comic book artist mate Josh Spencer. 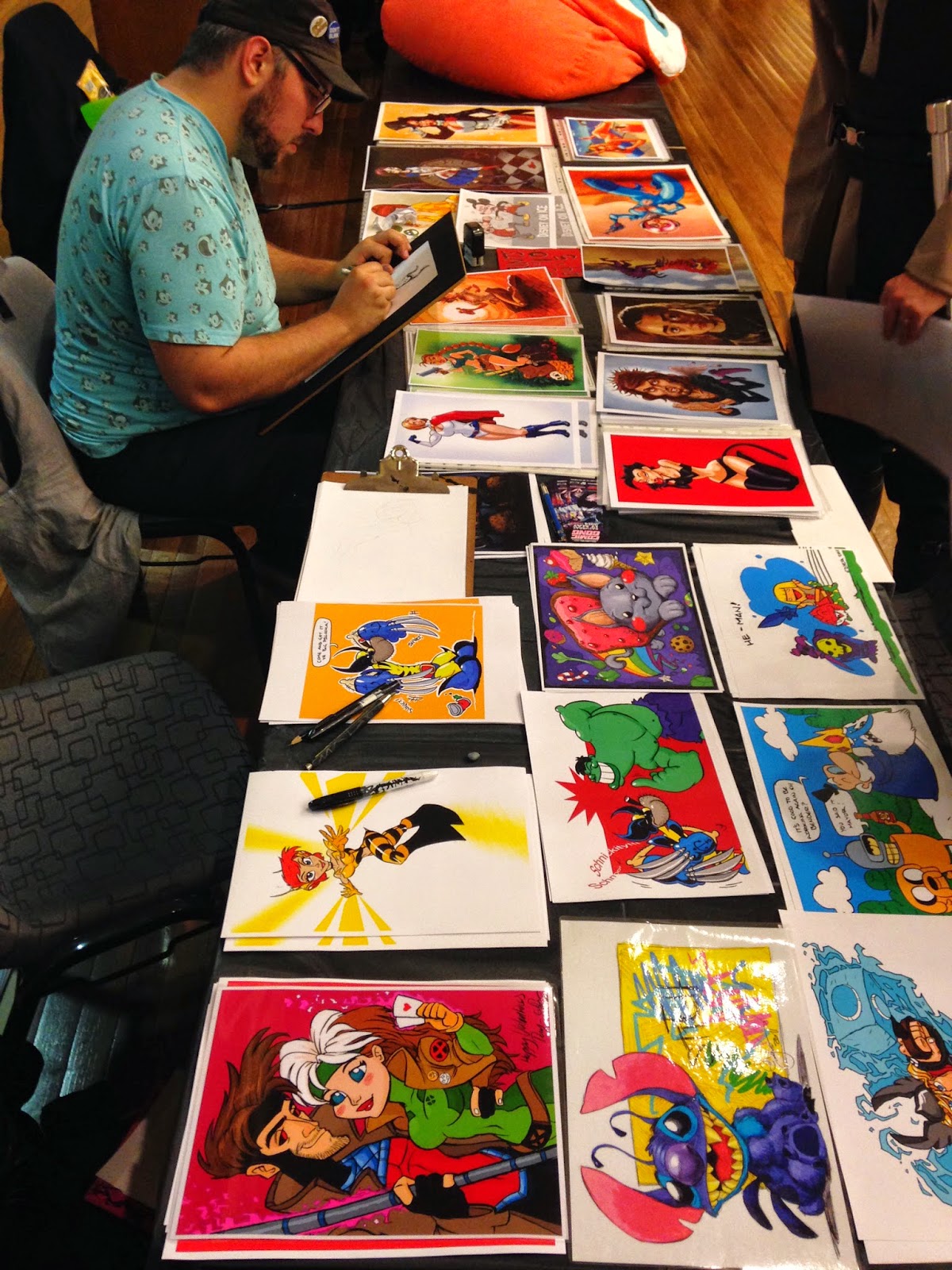 Funnily enough we thought we had missed "Free Comic Book Day" (the unofficial holiday of geeks everywhere) as we had a gig on May the 3rd and couldn't make the queues, also it was a fiercely cold and windy day. But fate, it seemed shined upon us as Kings Comics appeared to have a few left over and put them in with the Comic Gong show bags.