I have yet to see Guardians of the Galaxy, but as an avid fan of (most) Marvel movies basically any film adaptation of the comics that stays true to the spirit and generally accepted appearance of the characters is a slam dunk (yes that's a 90's basketball reference) in my eyes. To me that's what Guardians is, it's a bunch of characters that no one up until now has really heard of now they're viral. Much like the wildcard winner of a singing contest show, one day you're languishing in obscurity next thing it's FAME! I wanna live forever!! 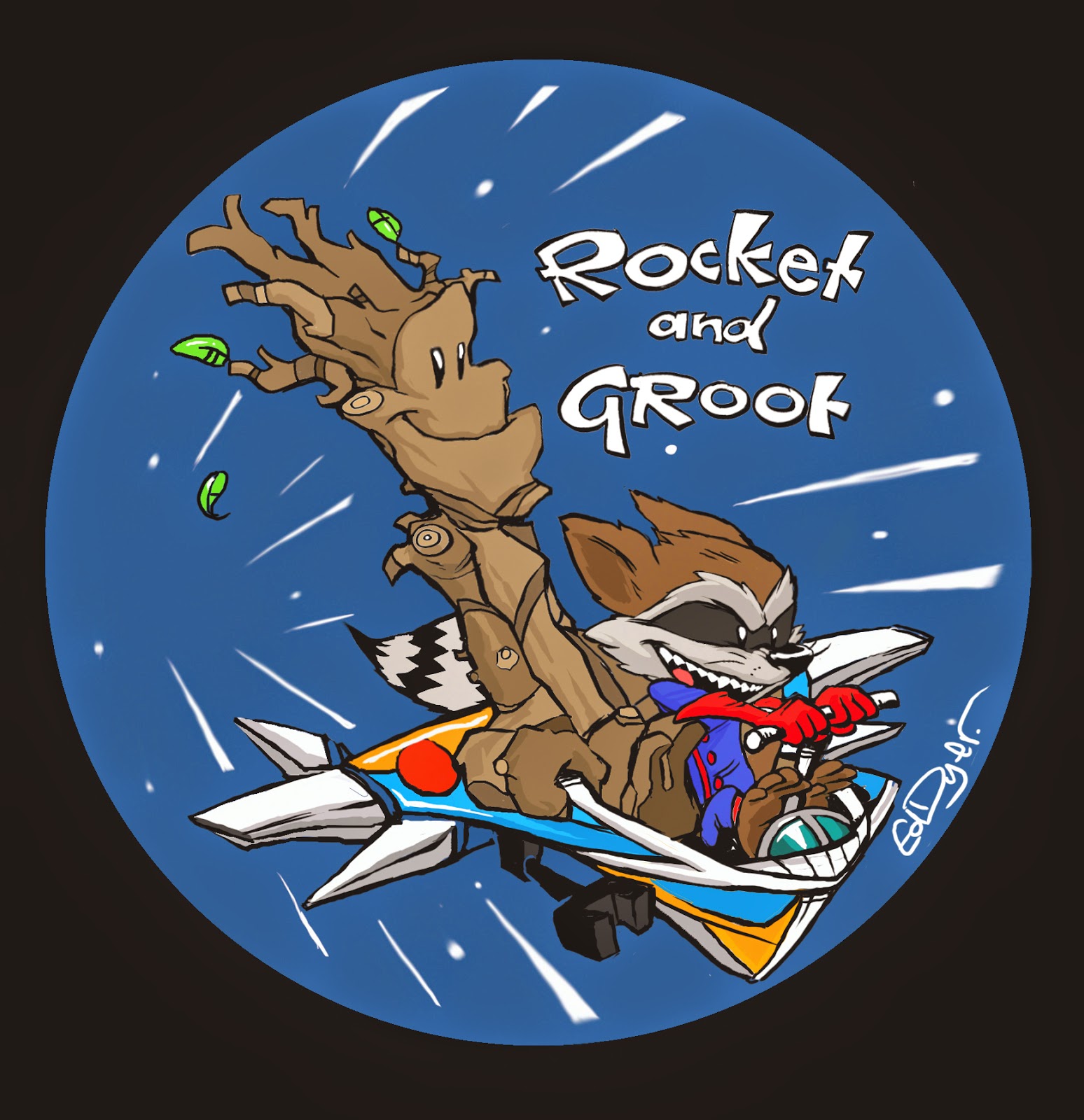 I made this fan art piece based on an adaptation of an adaptation of an appropriation I was originally inspired by one of my favourite illustrators, Chris Wahl who had made a fan art piece based on an original piece created by Bill Watterson (also a artist hero of mine) so I thought I'd post this one as both a tribute to them and a strike while the iron is hot type deal.