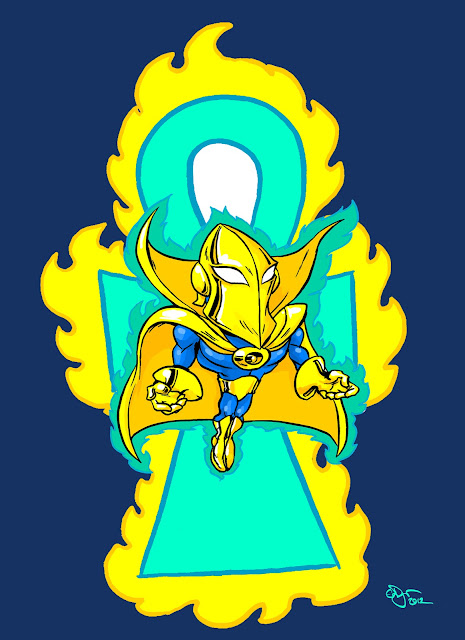 Dr. Fate, I recently got into watching all the episodes of JLU (Justice League Unlimited) and I was thoroughly impressed not just how well the characters of the DC universe were so lovingly well portrayed, but how vast the universe actually is. Dr Fate is a prime example of one of the more obscure characters given a real supporting cast role. 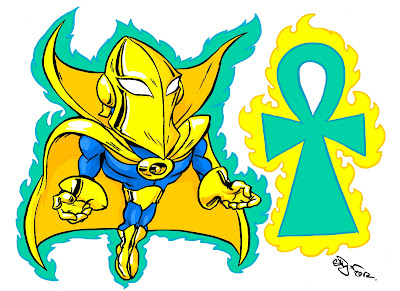 I highly recommend the animated series, although casual fans and new comers may be a little perplexed at the expanded cast at least one of the core 7 founding members of the JLA feature in every episode and the big 3 Batman, Superman and Wonderwoman are predominant.

More to come as I'd like to draw pop culture fan art caricatures into 2013.