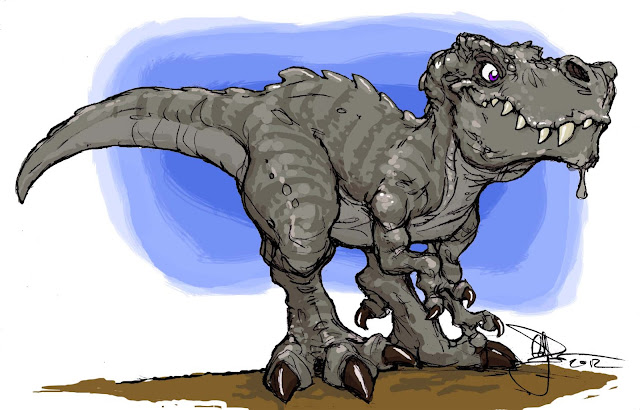 Currently I'm working on a series of dinosaur based cartoons as nice little portfolio stuffers for potential up coming work, well that's the rationale behind just wanting to draw dinosaurs again because after the age of about 12 finding an excuse actually becomes more of a challenge. I was initially inspired by googling The Art of Crash a series of concept sketches on collector cards that came out with the tie in for the original Jurassic Park movie. Most of these cards where just stills from the movie but the art cards were something else. I was 10 when the first movie came out and at the time it solidified an at times on again off again love of dinosaurs. 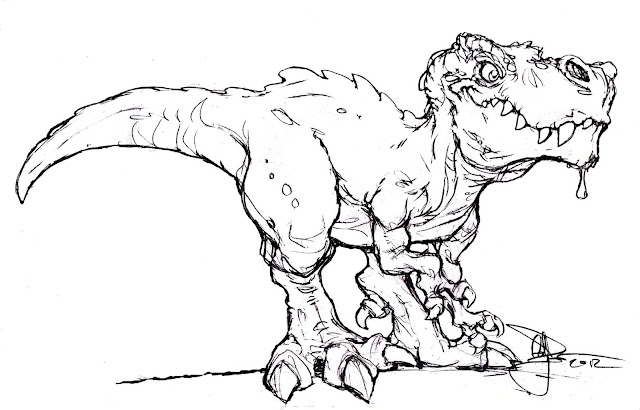 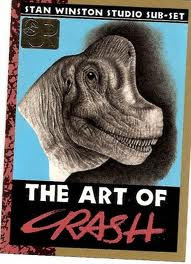 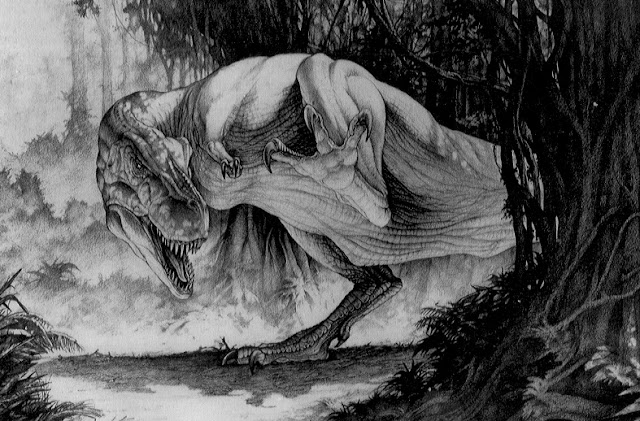 Every once in a while you'd come across a card like this amongst film stills of Sam Neil, Jeff Goldblum and Laura Dern, it was, to my 10 year old self epic! To this day, it still is.