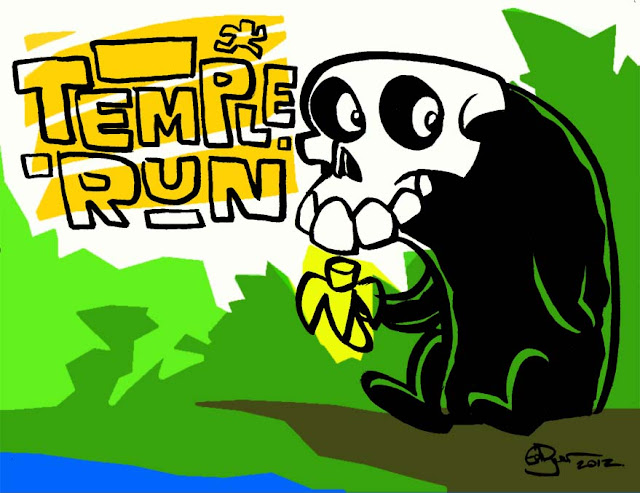 My little homage to app game Temple run, basically an endurance game as you try to escape a pack of demonic monkeys you stole an artefact from as you jump, slide and dodge sharp turns sheer drops and all the while collecting a variety of coins prizes and power-ups. It's not until you've played the game serveral hours that you realise the escape path out of the jungle never ends, which in itself beg the question, how did you get to it in the first place.