Loki and Thor, the Avengers movie 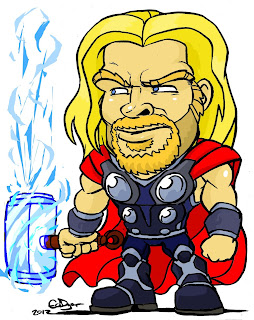 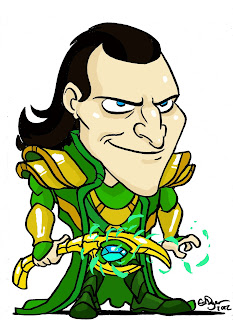 Loki and Thor, the two sons of the All Father Odin. Thor the god of thunder and Loki the god of mischief (and no I'm not making that up) Thor lucked out with his signature powers, Loki albeit more fun, not so much.
Loki was played in the movie by Tom Hiddleston and put in a magnificent performance as the conniving, dark, brooding if somewhat flamboyant second banana of Asgard.
Thor is one of those characters who transcended the origins in Norse mythology (mythology being like the "public domain" of story ideas) into a far more modern contemporary ethos. He's your classic spoilt rich kid that get's taught a lesson in humility. Chris Hemsworth plays him and does a pretty fine job too, in the hands of a lesser actor and creative team this character would and has been, in the past embarrassingly camp to downright stupid. In this movie, it is not the case.

If anything the chemistry between these two is reminiscent of the Hamletesqe relationship between Scar and Mufasa from the Lion King. 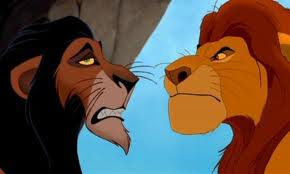